How To Speak Crypto 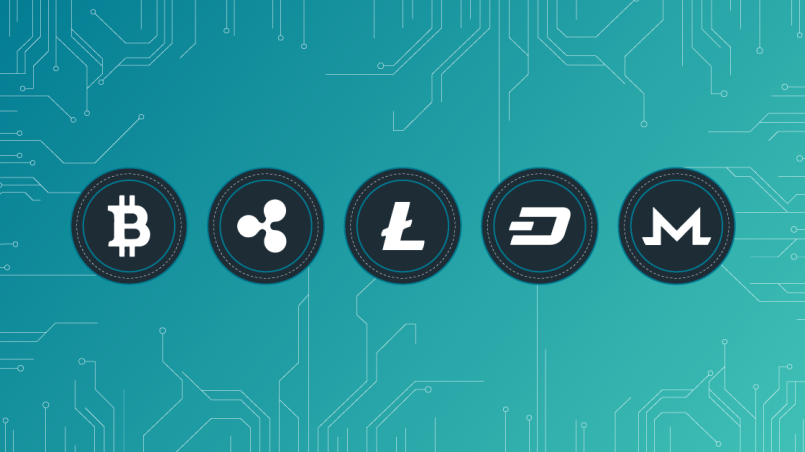 So you're only just getting into cryptocurrency and started doing your research, its tough enough finding reliable resources I know. Added to that is that these guys and girls speak in a language you may not be familiar with when briefing you on coins. The world of cryptocurrency has not only birthed new technology, new ideas, new applications and a new market but a brand new language along with it.

Crypto enthusiasts have built up their own language over the past few years and you come across a few terms you did not recognise. In the interest of helping noobs who want to start trading, mining or transacting I've put together a glossary of popular crypto related terms that will help make sense of all the chatter on Youtube, Forums and Reddit.

A misspelling of ‘hold’ that stuck around to mean ‘keep’. A crypto trader who buys a coin and does not see himself selling in the foreseeable future is called a of the coin.

While not solely a crypto term is a very popular one and you can see why. FOMO is the short form for ‘fear of missing out’. The feeling when you see a huge green candlestick on a chart and you don’t own that coin, so you sell another coin to buy into it freaking out. As crypto trading is still very much driven by emotions rather than valuation, FOMO is a huge factor to consider when swing trading in crypto. FOMO and day trading can and will be the two ingredients that result in plenty of first-timers losing money.

t form for ‘fear, uncertainty and doubt’. Usually used in the form of “Friends spreading FUD again.” Let's face it there are plenty of crypto critics and they love to jump on the bandwagon when there's some sort of bad news about crypto. FUD may seem like a negative term but with markets, this volatile FUD can lead to you earning big when the dips come around.

The short form for “All-Time High”. Therefore it means the highest historical price of a specific coin. Whale. A huge player who has a substantial amount of capital. Whales are often the market movers for small alt-coins too due to their huge capital.

The recurring cycle of an Altcoin getting a spike in price followed by a huge crash. Such movements are often attributed to low volume, hence the ‘pump’. Traders who pump, buying huge volumes, may wish to invoke FOMO from the uninformed investors and then dump, or sell, their coins at a higher price.

The act of unsolicited endorsing of the coin in public. Traders who bought a coin has an interest in shilling the coin, in hopes of igniting the public’s interest in that particular coin.

A is basically an altcoin that becomes worthless over time or one that turns out to be a scam operation. I won't mention any names since tend to rebrand and spring back up but (BCC) looks like a solid example

form for “Initial Coin Offering”, which takes a page from the usual IPOs investors know. Coins bought during ICOs are usually sold for a profit when the coin first hits exchanges. This is due to the initial hype which increases demand for the coin. On the supply side, ICOs create entry barriers as the buyer has to set up his private wallet to receive the coins from the ICO purchase.

Extreme bullish movement of a coin.

A bull trap is a false signal indicating that a declining trend in a coin or the cryptocurrency market has reversed and is heading upwards when, in fact, the prices will continue to decline.

A bear trap is a false signal that the rising trend of a coin or cryptocurrency market has reversed when it has not.

A period of time when prices rise in the cryptocurrency market

A period of time when prices drop in the cryptocurrency market

Hashrate Hashrate is the speed at which a block is discovered and the rate at which the related math problem is solved. Certain tools have been created to allow for higher hash rates.

Mining is the term used for discovering and solving blocks along the blockchain. A reward is given for solving the algorithm and lengthening the chain, called a mining reward. The mining reward for the Bitcoin blockchain is Bitcoin.

A coin is a coin where the founders and developers got the first crack at mining the coin before it is released to the public. This means that a large percentage of the coin is in the hands of a few people.

Airdrop in when the currency development team distributes their coin to the community for free or in exchange for small tasks like downloading their software, native wallet or signing up for an ICO.

A node is essentially a computer connected to the Bitcoin network. A node supports the network through validation and relaying of transactions while receiving a copy of the full blockchain itself.

Proof of work was a concept originally designed to sieve spam emails and prevent DDOS attacks. A Proof of Work is essentially a datum that is very costly to produce in terms of time and resources but can be very simply verified by another party.

The proof of work for Bitcoin is referred to as a “nonce,” or number used only once. This has been considered an energy-intensive alternative to proof of stake as the computers, unfortunately, have to be on and running, which also drives the market towards centralization of hashing power… which is what the blockchain aims to defeat!

A cryptocurrency wallet is a software program that stores private and public keys and interacts with various blockchain to enable users to access, hold, send and receive digital currency and monitor their balance. There are currently two forms of wallets available to hold digital currency a hot wallet and a cold wallet.

In cryptography, a public key is a cryptographic key that can be utilized by any party to encrypt a message. Another party can then receive the message and using a key that is only known to that individual or group, decode the message.

A passphrase is an added security measure used to secure your wallet in a paper wallet. it usually comes in the form of a 12 to 20 random phrase sentence that you should guard with your life. Store your passphrase into a safe or safety deposit box at the bank.

Sats is an abbreviation for the metric crypto satoshi. A satoshi currently the smallest unit of the bitcoin currency recorded in the blockchain. It is a one hundred millionth of a single bitcoin (0.00000001 BTC) and is unofficially used as a standard measurement for altcoin prices.

If I've missed any terms you feel need a mention please drop some knowledge bombs in the comments section and I'll be happy to update the list.