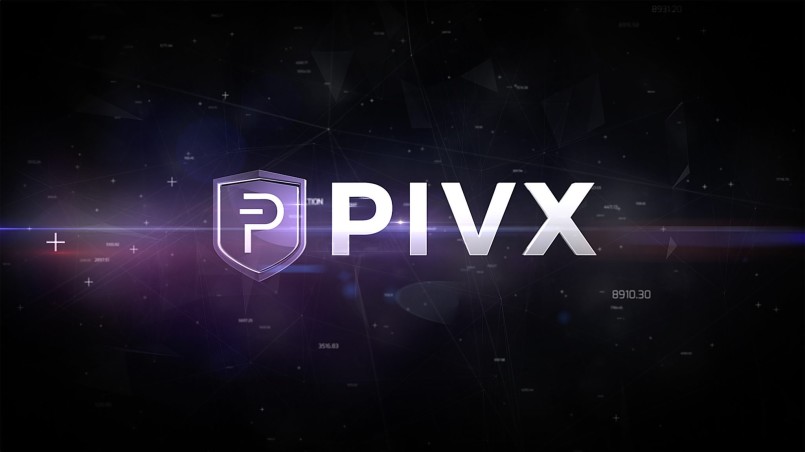 Competition in the cryptocurrency ecosystem continues to heat up and regardless of the bear or bull market, there has been no shortage of new projects staking their claim for market share. Projects are created either from scratch or forked off from an initial project as ideas and consensus on direction are split.

There is nothing wrong with taking an existing project, forking the code, and exploring different options down the line which we've seen with Bitcoin Cash and Monero.

This brings us to the latest forked project making waves and its called PIVX. Pivx, as it stands, is an original fork of Dash, another popular privacy-oriented cryptocurrency. PIVX is the acronym for Private Instant Verified Transaction (X) and is a currency which focuses mainly on security and privacy with a little twist.

What is Pivx (PIVX)?

The PIVX Manifesto focuses on community governance and a decentralized project from the technology itself to how project proposals are voted on and implemented. PIVX is attempting to build a usable digital means of exchange that is easy to spend privately and securely in everyday life. The main focuses of development have been to minimize transaction times and fees while maintaining privacy and security.

PIVX is was launched on January 31, 2016, by two DASH community members. The founders admired the DASH technology but wanted to see some changes. They moved to a completely Proof-of-Stake system as opposed to DASH’s Proof-of-Work system and implemented what they saw as a fairer reward system that used a see-saw mechanism to auto-balance reward payouts (this is gone into more detail in the staking section below).

They saw privacy as a critical component of a daily means of exchange and set out to combine the “digital cash” ethos of DASH that prioritizes fast, cheap payments with more advanced privacy and anonymity. Their hope is to become the go-to payment method for peer-to-peer transactions and in-store exchanges.

Why should you pay attention to PIVX?

Zerocoin (original paper) is a type of zero-knowledge proof that lets a person prove they have certain information without revealing what that information is. PIVX implements it as a coin-mixing service that breaks the link between sender and receiver, and also allows a user to mask their balance of PIVX. PIVX calls their implementation . When you want to send PIVX privately, your wallet automatically mints zPIV coins and deducts an equivalent amount of PIVX.

The is minted in set denominations and mixed with other zPIV of equivalent denominations to obscure which zPIV was sent to which address. The newly minted is sent to a address of the receiver and can be converted back into PIVX. Because the zPIV address of both sender and receiver is new, and not linked to any previous transactions, it’s not possible to trace the origin of the zPIV back to the sender or to determine who it was sent to.

Bitcoin, Dash, and many other cryptocurrencies use what’s called a “Proof of Work” reward system. In Proof of Work systems, miners secure the blockchain by creating new blocks and solving a cryptographic math problem, which is the “work”. As a reward, any miner who creates a block successfully receives a monetary reward. While this system reliably secures the network, it requires a lot of computation, and the electricity to power it, which some consider wasteful.

A PIVX user willing to stake 10,000 PIVX is rewarded by becoming a , which entitles them to a higher reward percentage and the ability to submit and vote on PIVX governance proposals. At the current price getting that much PIVX would cost over $100,000, which is out of reach of most people, but there are over 2,000 PIVX Masternodes online already.

The PIVX in a is still controlled by its owner and can be spent whenever they’d like, but if the total amount of PIVX in a falls under 10,000 the node stops being a (but can still get rewarded for staking).

The amount of incentive shared between Masternodes and Staking nodes changes in an effort to make sure too many aren’t created. If the system gets too -heavy, the rewards for running a are reduced, and if there are too few, the reward is increased.

The tipping point is 41.5% - when more than that number of PIVX are locked in Masternodes, the balance shifts to higher rewards for staking. The Seesaw reward system also makes it somewhat difficult to calculate when you’ll get a reward, as either a Staking node or a .

10% of newly created PIVX from each block goes to into a pool used to fund future development. In order to spend that money, a must submit a proposal to disperse it from the treasury, and the majority of other Masternodes must approve that proposal. can also submit proposals to change the PIVX manifesto or to direct changes to the protocol.

What is PIVX used for?

Pivx can be used as currency to trade for goods and services but allow transactions to be done securely and privately.

The Pixv community has a proposal system where projects can be submitted and receive funding from members should the idea receive positive feedback from the community.

Since privacy is key on Pivx network it allows users to make anonymous donations to projects across borders and political spectrums in order to support causes they believe in.

Can you mine PIVX?

Can you earn PIVX?

As mentioned previously the Pivx system is designed to run on a permissionless proof-of-stake (PoS) network which means that the token holders will be able to stake their holdings to secure the network and receive Pivx in return.

The Pivx community has quickly gained notoriety for being one of the most supportive cryptocurrency communities around. PIvx users want to see ideas become reality and if you have an idea you would like to see ‘come to life’ and it requires resources and funding that is out of the scope of what you can justify volunteering, Pivx can help.

Create a proposal and submit it to the Pivx community and if it is something viable and many of the community will buy into your proposal and help you fund your idea.

Where can you buy PIVX?

Pivx is listed on a few international cryptocurrency exchanges and is actively traded on websites like:

Should you invest in PIVX?

PIVX is a promising privacy coin with the aim of becoming an easy-to-use digital cash replacement. There have been a few hiccups surrounding the implementation of the privacy technology, but the community and development team are active, engaged, and optimistic. Pix offers users complete privacy from the Zerocoin implementation, instant, and dirt-cheap transactions thanks to SwiftX, and in addition, they offer a return on your investment via staking all add up to a very solid coin worth keeping an eye on.

However, they do face stiff competition from cryptocurrencies like Verge, Monero and ZCash who are all big players in the privacy coin sector. These projects may be similar and have bigger market caps but PIVX brings some unique value to the table with its advanced Proof-of-Stake algorithm and decentralized, Community Guided Governance model. The 2018 roadmap for PIVX introduces some interesting changes. zPIV staking will be introduced, which is a first for any cryptocurrency. It combines Zerocoin with proof of stake to offer 50% more staking rewards.

There will also be an iOS wallet once the team complies with all of Apple’s demands in this regard. It seems the Ledger wallet will be able to support collateral for a PIVX masternode moving forward, which will certainly attract a lot of positive attention moving forward. Last but not least, there will be a zPIV decentralized exchange, known as zDEX. The trading fees generated by this platform will be returned to masternode owners, which creates even more incentive to hold onto one’s coins.

If all these tasks can be implemented within the next few months Pivx coulddefinitelyy leapfrog some of its closest competitors and really be one project to watch out for in 2018.