What is Zcash? (ZEC) 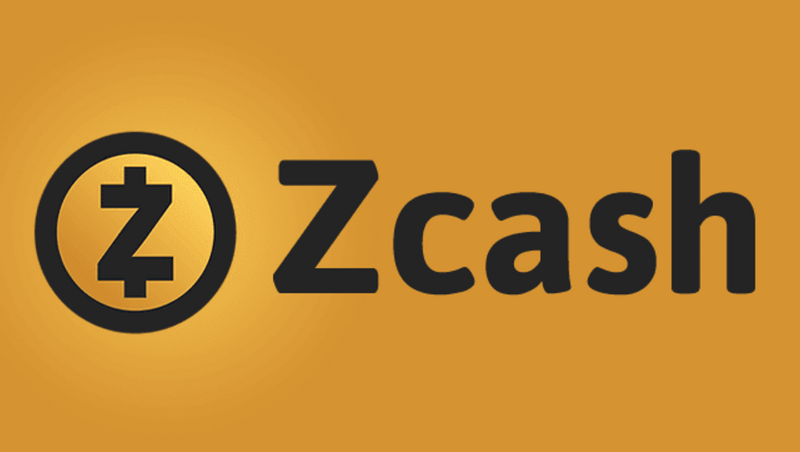 The cryptocurrency race is heating up with alternatives releasing every month claiming to be the next big thing and aiming to dethrone Bitcoin as the number 1 crypto. Zcash is one such Bitcoin alternative but one that should be taken seriously. The privacy of Bitcoin has come under fire by some who say its opening up a world of problems by providing transaction data to the world.

Bitcoin is based on the decentralized blockchain which offers complete transparency regarding transaction history. Anyone can simply input someone’s bitcoin address and see their complete transactions and the movement of money at any time. ZCash aims to correct this by offering end to end information encryption while users get a promise of a deeper sense of security.

The offering is very similar to what Monero is doing, the other privacy-focused alternative coin.

What is ZCash (ZEC)?

ZCash originally began back in 2013 as a project that was commonly known as “ZeroCoin”, originating from the University Department of Computer Science at John Hopkins University in Baltimore, United States. The founder and CEO of Zcash Company are Zooko Wilcox-O'Hearn. Its founding team includes cryptographer Matthew D. Green from Johns Hopkins University. Roger Ver was one of Zcash Company's initial investors. What they've created in ZCash is essentially a decentralised cryptocurrency aimed at using its own form of cryptography to provide enhanced privacy for its users compared to other alt coins available.

What makes ZCash so special is its backbone protocol known as zk-SNARK, which is a pretty weird acronym for “zero-knowledge Succinct Non-interactive ARgument of Knowledge.” A simple explanation would be that zk-SNARK is a new form of “zero-knowledge cryptography” which ensures that the transactions in Zcash are fully encrypted on the blockchain and confidentiality of transaction metadata (details around each transaction) is preserved. zk-SNARK uses a “special proof of construction” where one can prove the possession of secret information without revealing what it actually is.

While also removing the need for any interaction between prover and verifier. For example: With just the hash of a random number, the verifier could be convinced that there exists a number with that hash value; there’s no need to reveal the random number. In order to remain equally interchangeable, units of ZCash must be unlinked from their history so that one unit is as good as any other unit. Zcash brings fungibility to cryptocurrency by unlinking shielded coins from their history on the blockchain.

Why you should pay attention to ZCash?

Transactions have the option to be truly anonymous and private and will remain so across the blockchain.

Transactions are so lightweight they can be processed in under six milliseconds. That’s a massive improvement over Bitcoin.

ZCash has made considerations for regulations or investigations

Zcash’s shielded addresses may make it more difficult for regulators and law enforcement to investigate using public data from the blockchain, but Zcash also has some built-in features that can help simplify regulatory compliance without compromising the privacy of innocent users. Two relevant technical concepts are view keys and memos.

Every shielded address comes with what we call a view key that is generated for the holder of the address. She can choose to share this view key with anyone else in the world. With that view key, a person can get the details about the particular transactions sent from that address; they can see the recipient addresses and the amounts sent. Not only can they see these details, they can prove them with the certainty of a blockchain data structure.

What is ZCash being used for?

Sites like these do not rely on content syndication or advertiser revenue in order to run. Their main aim is to remain impartial and rely mainly on donations. While many people may feel they want to contribute to the cause but want to have any ties to it due to political risk, ZCash makes it easier for sites like these to receive donations without risk to either party.

Many merchants providing their products and services online are already accepting bitcoin and they often also take ZEC, if not you can use services like shapeshift to convert your ZEC into BTC or ETH which are more widely accepted.

If you're an individual or business looking to make regular large volume transactions you can easily lose out during the time it takes to transfer the data/money over the blockchain and suffer greatly because of fluctuations in unit price. Using ZCash can avoid transaction losses by making use of its fungibility.

Can you earn ZCash?

Can you mine ZCash?

ZCash uses Equihash as its hashing algorithm, which is an asymmetric memory-hard PoW algorithm based on the generalized birthday problem. It relies on high RAM requirements to bottleneck the generation of proofs and making ASIC development unfeasible, much like Ethereum. In order to avoid Instamine ZCash will have a slow mining start, where block rewards will be issued slower than normal.

Like many other digital currencies, Zcash offers interested parties the ability to mine blocks. The Zerocash protocol harnesses a proof-of-work algorithm which relies on how much RAM a miner owns. On 9th September, Zcash announced the first beta release of the Zcash reference implementation (v1.0.0-beta1), which it deployed to the testnet. All coins mined using this software remained testnet coins, and therefore had no monetary value, until Zcash’s official launch in October.

Following this release, the digital currency attracted a tight-knit group of developers. On 27th September, Zcash announced that it was hosting a challenge whereby competitors could submit new methods for mining the currency.

These participants were given until 27th October to provide new potential methods. On 5th October, hosted mining firm Genesis Mining showed its support for the privacy-focused digital currency when it announced that it would soon allow customers to purchase miners operated by Genesis for the sake of mining Zcash.

Zcash’s supply model is rather similar to that of bitcoin, although it has some key differences. Like bitcoin, the Zcash protocol caps the total number of tokens at 21 million. In addition, its mining reward is cut in half roughly every four years, just like bitcoin. One major difference that sets Zcash mining apart is that 10% of the 21m units mined using the Zerocash protocol will go to Zcash’s stakeholders, ie: its founders, employees, investors and advisors.

This is called the "Founder’s Reward". The stakeholders will not receive this reward in a linear fashion. In the beginning, the protocol results in the creation of 50 ZEC every 10 minutes, with 20% going to the founders and the remainder going to the miners. Every four years, this mining incentive will be cut in half, but 100% of this reward will go the miners after the first four years.

Another important difference is that the Zerocash protocol harnessed a slow-start mechanism, which impacted the incentive provided for the first 20,000 blocks (mined over approximately 34 days). The rationale behind taking this approach was managing the risk of the protocol having a “major bug or security vulnerability.”

If such a problem was discovered, the slow-start mechanism would help reduce its impact. Pursuant to this mechanism, the mining incentive slowly increased until it reached 12.5 BTC at the 20,000th block. The rate of increase was such as the first 20,000 blocks would create a total mining reward of 125,000, half as much as the 250,000 it would be if they all provided an incentive of 12.5 ZEC each.

Where can you buy ZCash?

ZCash is listed on a few international cryptocurrency exchanges and is actively traded on websites like:

Should you invest in ZCash?

ZCash has surged in since its introduction but in recent months it has begun to see a decline. The positives are that Zcash is also one of the few alt coins designed and built by professional and academic cryptographers which in itself offers it a distinct advantage over cryptos simply mimicking algorithms from others. Companies recognise that they are a market leader in this aspect and even Ethereum are looking at ways to introduce zk-SNARK.

For more on ZCash check out the official website

If you found this post useful and want to help us continue to improve cryptocurrency reviews then feel free to donate Zcash to the cause. 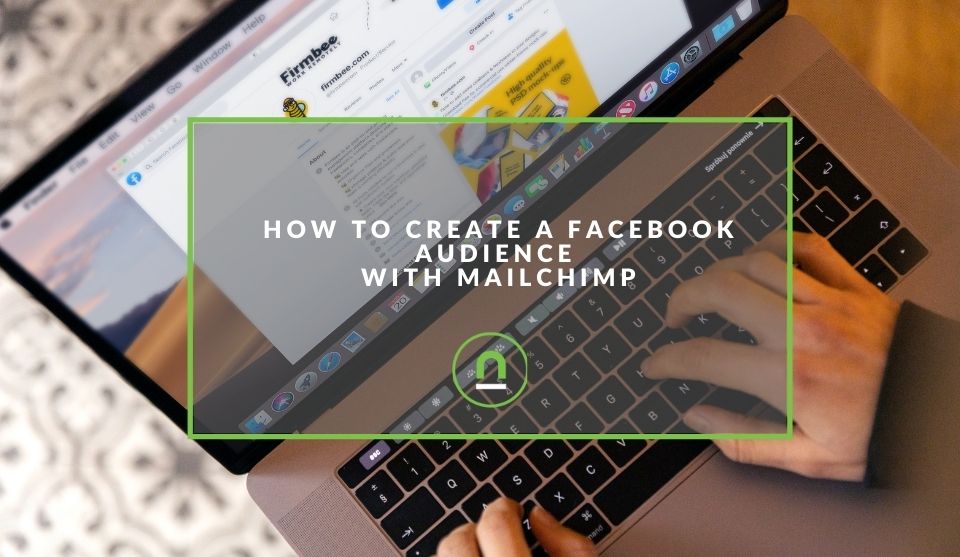 
A simple guide you can use to import your MailChimp email lists into Facebook to create custom audiences for improved ad targeting and better ad perf... 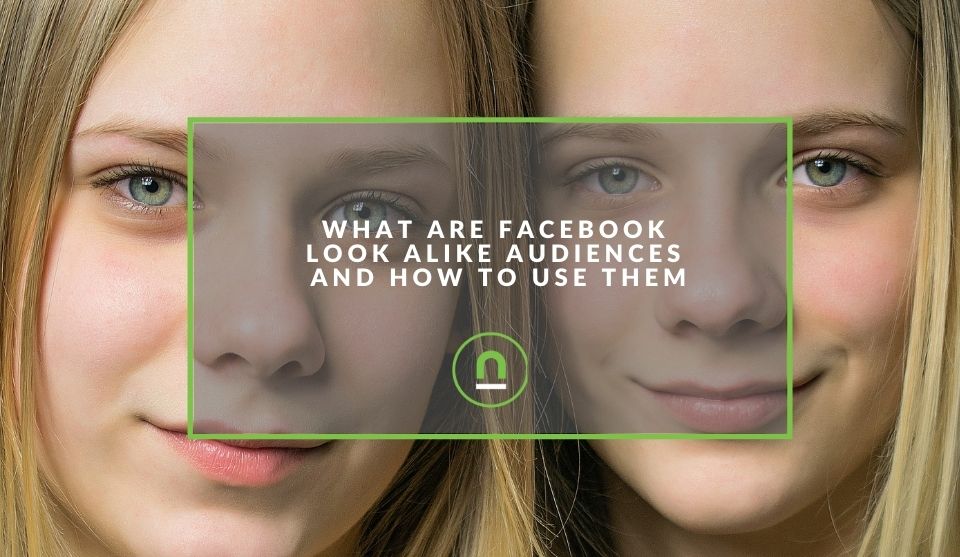 
An easy to understand guide for anyone interested in using Facebook lookalike audiences, from how they work to how to build them for your business an...