WhatsApp To Launch Ad Serving In 2019 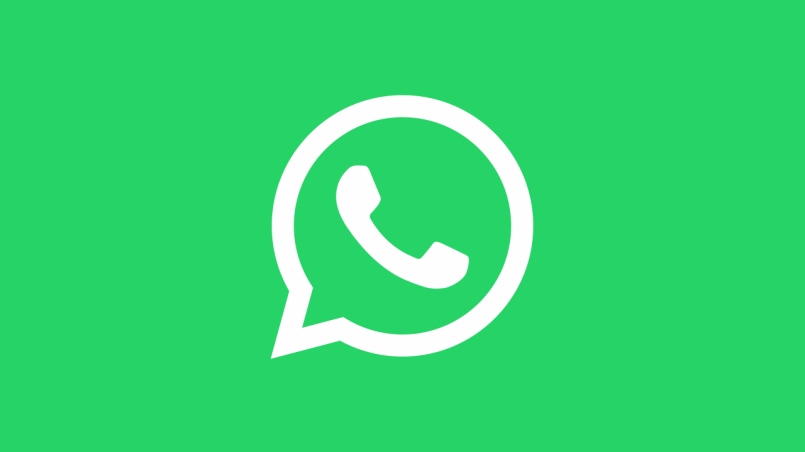 I've been a long-time fan and user of WhatsApp and ever since it rose into prominence I've been following the story closely. Instant messaging (IMs) was by no means a new concept when WhatsApp came around, but its ability to act as a native SMS replacement was a narrative anyone could understand.

They made it simple and easy for anyone to use IMs. No need for usernames, logins, logging on to a server, it all worked seamlessly with your devices UI and users already established use of SMS.

The history of WhatsApp

WhatsApp was founded back in 2009 by Brian Acton and Jan Koum, both former employees of Yahoo! At the time Yahoo! were king of online ads, something Acton and Koum were sick off and did not want to bring it over into their new platform for the people.
As the app rose to the top of the app story across many countries, investors started to take note, and 2014 Facebook purchased Whatsapp for around US$19.3 billion. A sizable amount of money for an App with a revenue trickle and not a stream.

How WhatsApp made money?

WhatsApp had a simple subscription model that charged users a set annual fee. I speak under correction, but it was something like $1 a year, the subscription-only an applied to certain mature markets like the US and UK. These funds were then used to scale the business and maintain its free status in developing nations like India, South Africa and the like.
Allowing it massive penetration in these markets as the adoption of the free chat app soared. Once Facebook took over, they scrapped the subscription model and made it free for all markets.
They provided funding to scale the app not being hamstrung by its income stream and promised it's user base it would never employ an ad revenue model to return investment.

Why the sudden change?

Five years later, the party was over, and it was a promise WhatsApp could no longer keep. Pressure from daddy Facebook has finally forced WhatsApp to monetise its users and justify the US$20 Billion spent on the platform.
As Julius Malema would say, "Pay back the money". WhatsApp has in the past been very apprehensive of any sort of monetization, and it always looked at roundabout ways to monetise access to its users. It first started with Facebook offering Click To WhatsApp ads as opposed to Messenger and then came the launch of the subscription-based WhatsApp business.
These monetisation methods were less intrusive as straight out ad serving and something WhatsApp could still justify. Then 2018 came around and Facebook was hit by the Cambridge Analytica scandal which gave their stock price a knock but it recovered slightly, up until their annual reports surfaced of slowing user growth hit the market and Facebook lost one-fifth of its value or about $120 billion in market capitalisation.
It was now panic stations, and Facebook was combing through its verticals to try and find a new revenue spinner to bring back investor confidence, and WhatsApp happened to be just that.

How will WhatsApp ads work?

WhatsApp Status launched in February 2017 and had quickly amassed over 450 million daily users — 30% of the app's 1.5 billion monthly users. WhatsApp Status has the largest regular audience of any Facebook-owned property with a Stories feature, beating out Instagram Stories' 400 million daily users.
This made it a no-brainer for Facebook to implement ads on WhatsApp the same way they did on Instagram with ads between stories. Ads in Status, which will be displayed between users' stories, certainly present an opportunity to reach WhatsApp's massive user base.

Communication is the first and foremost function of WhatsApp, not media consumption. People use WhatsApp for text messaging, and making voice and video calls, not as a destination to find engaging multimedia, the mindset for commerce in any kind isn't as prevalent on WhatsApp as it is on Instagram or Facebook.
WhatsApps credibility will also take a knock as users might get turned off by seeing ads on a platform meant for personal communication, especially when messages are supposed to be end-to-end encrypted.
Users' brand interactions on WhatsApp are largely limited to customer service. There's no way to create a permanent presence and build a brand on WhatsApp like there is on Instagram or Facebook. Even though Stories are ephemeral and disappear after a day, a permanent presence on Instagram or Facebook can serve as a channel through which users can discover and engage with stories, making WhatsApp a potentially less worthwhile investment.
Finally, my main issue with WhatsApp ads would be the targeting. Since it is being run via Facebook's native ad platform, I think its safe to assume they have collected data between WhatsApp profiles matched with Facebook profiles in order to deliver ads based on interest.
While Facebook and Instagram are public platforms, WhatsApp remains a private messaging tool. Scrapping conversations for keywords or matching behaviour with similar profiles to create ad targetting demographics will be one of the most intrusive data collection policies I've ever seen and something I feel plenty of users will not be comfortable with.
If anything Facebook should allow you to opt out of personalised WhatsApp ad targetting based new GDPR regulations, which many won't know or think to do. While that sums it up for the consumer how will WhatsApp get businesses to pay for ads?
Well in order to entice advertisers, we've seen unconfirmed reports that Facebook will charge between $0.01 and $0.10 for ads per CPM or per click on WhatsApp which makes it extremely cheap and I think while it's new businesses should get on board and reach consumers for such a low spend.
If done correctly WhatsApp ads can prove to be a fantastic amplifier for businesses as news gets disseminated on the platform faster than is even trackable at this point. WhatsApp ad reach and impact is an unknown variable at this point, and I encourage businesses to take a shot in the dark and see how it performs.

WhatsApp now has to pay back the piper, and this could see an opportunity for other instant messaging apps to jump in and snap up disillusioned consumers of whom there will be many. Going back on your key promise of never monetising your user base is a tough pill to swallow and while it may not matter to WhatsApp some of its users will be migrating to other alternatives.
Options like bringing back the subscription model, or moving to a freemium model where certain features like WhatsApp calls or Group discussions are ring-fenced by a paywall could have for them but they are options that stunt user growth.
Personally, I would have liked to see them look at alternative tactics but I realise ads is the most scalable regarding ROI which is what Facebook wants. Finally, I think this decision leaves a real opportunity for a stake based instant messaging platform to lay a claim for dominance. A platform where each user needs to purchase and hold a certain amount of utility tokens to use the platform would make it easier to raise investment at first and having a tradable commodity integrated with the platform.
This could even see new eCommerce or peer to peer features rise in IM which is already being done informally and encourage the natural progression of eCommerce messaging. Having a self-sustaining ecosystem that is decentralised and funded by its users would make sense and an attractive proposition in moving worldwide telecommunications away from big businesses.