The field of cryptocurrency in its short time in existence has produced a dictionary filled with new jargon and buzzwords that are thrown around when describing certain projects. One the buzzword of the moment is .

Dapps are short for decentralised applications, these applications use the power of the blockchain in order to collectively house and then aggregate resources at will. Popular projects include Golem and Sia but these are few and far between in the current market.

The reason developers and businesses aren't flocking to just yet because it is extremely complex and relies on creating your own infrastructure from scratch. This is the exact issue a cryptocurrency called EOS would like to tackle.

EOS is the brainchild of 31-year-old Hong Kong-based internet entrepreneur Brendan Blumer and programmer Dan Larimer. Larimer who is famous for working on both Bitshares and Steemit. EOS is a blockchain platform with the primary app of making it easier to develop decentralized applications (), similar to Ethereum in function. It makes development easy by providing an operating-system-like set of services and functions that can make use of.

The idea behind EOS is to bring together the best features and promises of the various smart contract technologies out there (e.g. security of Bitcoin, computing support of Ethereum) in one simple to use, massively scalable platform for the everyday user to empower the impending blockchain economy. EOS wants to build a blockchain platform that can securely and smoothly scale to thousands of transactions per second, all while providing an accessible experience to app developers, entrepreneurs and users.

EOS aims to provide and full turnkey solution with developer toolkits and operating system for decentralized applications focused on the web by providing services like user authentication, cloud storage, and server hosting.

Why should you pay attention to EOS

The EOS network is a ready-made platform for apps that lets developers tap into a full-featured authentication system. User accounts, complete with different permission levels and their own locally secured user data come as a feature of the network.

The latest EOS updates have enabled shared database access between accounts and the ability to store user data on a local machine off of the blockchain. Recovery for stolen accounts is baked into the system as well, with various methods of proving your identity and restoring access to a compromised account.

Server hosting and cloud storage is part of the EOS system as well, meaning that application developers can build and deploy applications and web interfaces with hosting, cloud storage and download bandwidth provided by the EOS system. This opens developers up to bring their ideas into reality free from the demands of securing storage and bandwidth.

The developer will have access to using analytics for storage and bandwidth directly from EOS, and be able to set limits for specific applications to whatever levels they choose. These services are paid for by staking EOS tokens.

Most common blockchains (think Bitcoin and Ethereum) use “consensus overstate,” meaning that at any point all of the computers on the network can verify the current state of the entire blockchain in order to prevent fraud and confirm transactions. The blockchain in those cases is a graph of the state of the system, and when each new block is added to the blockchain, nodes on the network take each transaction from the block and update the state of each address associated with those transactions. When using consensus over events, the focus is on the transactions (or simply messages) as opposed to the state.

Instead of verifying the state of the network at any given time, nodes verify the series of events that have occurred so far to keep track of network state. The result is a system that takes longer to completely reconfirm the history of transactions when restarted but can handle a much higher throughput of transactions while running.

What this means in plain English is that the EOS network can scale to one million messages or transactions per second out of the gate on a single machine, with theoretically infinite scaling possible in parallel between multiple machines.

An application built on the EOS platform does not REQUIRE micropayments by end users to send messages and perform tasks on the blockchain. This is left up to the individual app developers to determine how transactions fees (which are extremely low) will be paid, meaning companies are free to come up with their own monetization strategies and offer their users service for free or not.

EOS will be the first decentralized platform needs to have a peer-to-peer term of service. The EOS system provides a governance model based on block producers than can vote on which transactions are confirmed, whether an application is running correctly and on changes to the source code of individual applications as well to the EOS system itself. This means that the community can actively upgrade, downgrade, and fix bugs in the system in a democratic and secure manner.

The EOS system reduces the latency and maximizes performance by structuring each block (produced every 3 seconds currently and being tested at 0.5 seconds) even more finely into “cycles,” which are sequentially performed. Cycles are in turn structured into “threads” that run in parallel within cycles. This allows for messages and transactions to be sent and responded to within single blocks and between blocks, bringing the theoretical bottom limit to the response time down to simply message transmission time over the net.

EOS uses delegated-proof-of-stake and introduces the ability to fix bugs and rollback changes with supermajority consensus.

Like Ethereum, EOS is a smart contract enabled hosting platform built for open-source projects and consumer-facing decentralized applications. It intends to take market share from Ethereum while promising a more scalable blockchain with usability for large-scale businesses.

EOS is said to have the capability to process millions of transactions per second through horizontal scaling! If this is possible it will not only surpass projects like Bitcoin and Ethereum but blow projects like NEO and Litecoin out of the water. These speeds will also provide a platform for that are indistinguishable from their centralized counterparts.

What is EOS token used for?

Like the majority of cryptos, EOS makes it easy to send currency and facilitate trade without the involvement of third parties link banks.

Programmers can code and build on the EOS platform. EOS will support the development of by providing more latest and up-to-date development tools and techniques as well as support and scalability of the EOS blockchain.

Can you mine EOS?

In the case of EOS it is currently based on the Ethereum ERC20 tokens which are issued and are not mineable and nor will the EOS blockchain be mineable either as it uses Delegated Proof of Stake (), not Proof of Work (PoW).

Can you earn EOS?

EOS users can earn digital currency via exchanges. Users can earn coins through trading on different fiat and cryptocurrencies and take advantage of market fluctuations.

Currently, EOS is an ER20 token which they are using as a placeholder and store of value during its ICO and development phase. Once their EOS blockchain is launched, (said to be due June 2018) EOS users will be able to stake their coins in order to support the network and earn rewards in return.

Where you can buy EOS?

EOS is listed on a range of international cryptocurrency exchanges and is actively traded on websites like:

Should you invest in EOS?

EOS has huge potential to disrupt a market that has been dominated by the centralisation by Google and Apple who have created an app ecosystem worth Billions. Looking into EOS, its whitepaper and road map you will see it shows plenty of promise with a lofty vision and some revolutionary features.

However, seeing as it is still in its development phase and doesn't even have a blockchain for users to adopt it is an extremely risky investment to undertake. I'm a strong advocate of only investing in projects that already have a working prototype or a minimum viable product it has brought to market.

The project definitely looks like one to watch. So keep an eye on how EOS develops and if it can become the Ethereum and centralised app killer it claims to be.

For more on EOS check out their official website


A guide you can use to add your business to DuckDuckGo Map listings and as a local SEO featured snippet should users be searching for a local busines... 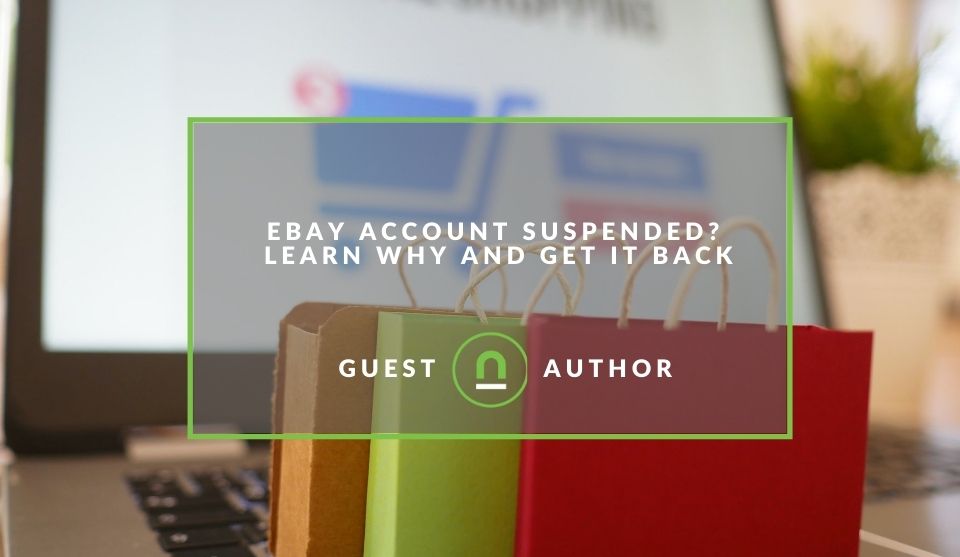 eBay Account Suspended? Learn Why And Get It Back

Posted by Rossana Yoder in Shopaholics


We take a look at the various reasons why an eBay account would be suspended and what you can do to get your account back and start selling online ag...