What Is A Krugerrand? 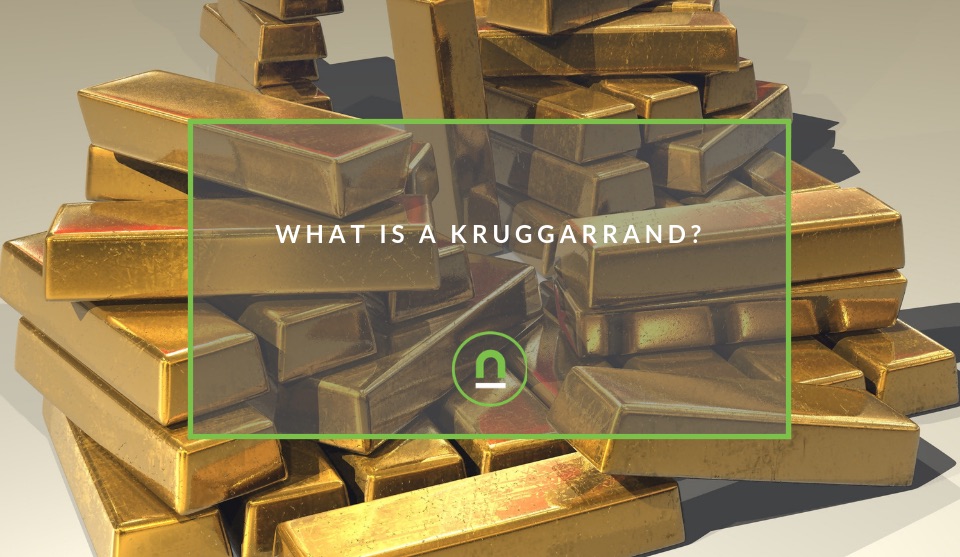 In 1961 South Africa decided to stop using the British Pound as the national currency and moved over to the Rand our very own national fiat system. Since then the Rand has tumbled in value, and it's purchasing power continues to erode due to its high inflation.

However, there is one type of Rand many may know about, that has fared far better as a store of value. It's known as the Krugerrand, which is a South African gold coin and is one of the most sought-after coins in the world.

The Krugerrand is produced by the South African Mint, with the 1oz Krugerrand coin was first minted in 1967. Strangely enough, the Krugerrand was designed from the beginning as a form of currency.

However, with gold being hard money, it wasn't practical for everyday trade. What made it even harder to use as a payment method was that it unusually did not have a fixed face value.

Its value instead based on the fine gold content as priced twice per day by the London Bullion Market Association (LBMA). The LBMA announces its gold price fix at 10.30 and 15.00 daily.

Why is the coin called the Krugerrand?

The name Krugerrand is a compound name inspired by Stephanus Johannes Paulus "Paul" Kruger (10 October 1825 – 14 July 1904), one of the dominant political and military figures in 19th-century South Africa and President of the South African Republic from 1883 to 1900.

He came to international prominence as the face of the Boer cause against Britain during the Second Boer War of 1899–1902. He remains a controversial and divisive figure to this date.

While the second part of the name is taken from the Rand, the South African national currency. The Rand got its name from the Witwatersrand. A ridge upon which Johannesburg is situated and where most of South Africa's gold deposits were mined.

Krugerrands were first minted in 1967 to help market South African gold. The coins have legal tender status in South Africa but are not intended to be used as a trade currency.

New Krugerrands are issued by the South African Reserve Bank (SARB) and are available from certain banks and specialist outlets.

The JSE offers to trade in Krugerrands through a well regulated secondary market and is traded in the same way as any listed Equity Market instrument,

The Krugerrands prices are also quoted on the various types (weights) of the coin.

What are the Krugerrands use case?

Krugerrands appeal to professional and private investors who wish to make a direct investment in gold bullion, hedge their portfolios against the US dollar or to further diversify their portfolio. Features

Your investment is in physical gold and is not dependent on the performance of a gold mine. Gold has a low to negative correlation with other asset classes, making it an effective portfolio diversifier.

Gold has a positive track record in terms of returns and has increased in value because it is a non-renewable natural resource. Gold serves as a rand hedge against the US dollar. The gold market is very liquid. If the gold price changes, so do the price of the Krugerrand.

The Krugerrand is also the easiest way for South Africans to own gold bullion in their portfolio and is a great store of value should you be keen to spread your risk across various assets.

Circulation of the Krugerrand

Such was the popularity of the coin that by the late 1970s gold Krugerrands made up almost 90% of all gold coins in circulation with an incredible 6 million pieces being made in 1978.

The coins suffered from import restrictions in many countries as they were seen as a symbol of the apartheid era in South Africa. Today, the coins are freely traded internationally, and while new coins are being struck, they have not returned to the massive production volumes of the 1970s

The coins have always been popular with investors as they offer a full one troy ounce of gold, the overall weight of each 22-karat gold Krugerrand coin is 33.93 grams.

Each coin measures 32.6mm in diameter with a 2.84mm thickness.

Krugerrands are also available in silver as a 1oz coin

The value of the various Krugerrands differ based on the year it was minted as each year would have a certain amount minted for circulation.

Tell us your money story

Have you purchased a  Kruggarrand? How long have you kept it for? Do you keep alternative forms of value in your portfolio? Let us know in the comments below