What is Aeternity? (AE) 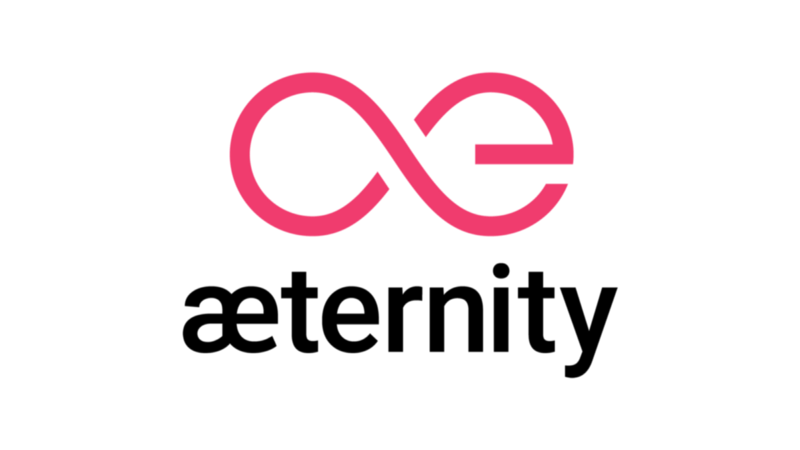 If you're a crypto-enthusiast which I would assume you are because you're reading this post then you should be aware of the far-reaching global potential of blockchain technology. While the internet has been able to scale to demands (not without lucrative investment) of a global audience blockchain with its reliance on a decentralised ideology is facing some real problems.

As blockchains scale congestion on the network increases, mining support can only take you so far as securing the network is still the highest priority and proof of work coins like Bitcoin and Ethereum have suffered because of it.

BTC has already augmented their scaling with Segwit and later the lightning network should be deployed while the other frame of thinking done by forking into Bitcoin Cash with bigger block sizes continues to soldier on. Ethereum has a similar problem but with Smart contracts and running on the network it only ads further congestion which they are looking to address.

There is no real out and out solution for blockchain scaling and is why cryptocurrencies will all eventually hit a sealing until this is solved. One project looking to solve this problem before we reach this plateau is .

WHAT IS Aeternity (AE)?

y is a new platform for decentralized apps () which launched in testnet in 2017. It also held a successful ERC-20 token offering in 2017 for its Aeon (AE) token. The project focuses on increasing the scalability of smart contracts and .

It accomplishes scaling by moving smart contracts off-chain. Instead of running on the blockchain, smart contracts on Aeternity run in private state channels between the parties involved in the contracts.

Aeternity includes several other features that set it apart from other smart contract and platforms. Founded by a long-time crypto-enthusiast and early colleague of Vitalik Buterin, Yanislav Malahov, Aeternity has quickly risen to the top 40 projects in the world by market cap, which is pretty impressive considering it does not have a workable MVP as yet.

Why should you pay attention to Aeternity?

ty has some unique concepts it would like to execute on its blockchain that will differentiate themselves from other cryptocurrency projects namely:

State channels make it possible to execute smart contracts off-chain. Only in case of a disagreement between the contracting parties does the smart contract code get enforced by the blockchain. A network of state channels enables the exchange of value with anybody in the world in a trustless way. Participants interact privately with each other. Businesses have their records off-chain and not in public. Participants have infinite almost instant transactions. Participants can handle use cases that require very high volumes of transactions.

Aternity is governed by its stakeholders, meaning that miners, token-holders and others with a stake in the blockchain have the ability to make decisions together on proposed changes. æternity provides tools enabling participants to govern themselves effectively. It is essential to note that governance is very much a human problem that most likely cannot be "solved" purely by technical means. æternity's governance is implemented via delegated voting, weighted by the number of tokens the account hold and provides both technical tools to permit governance and frameworks for human interaction for effective discussion.

An oracle connects real-world data with smart contracts. æternity has oracles on the blockchain, as truly first-class objects. For example, if the fulfilment of a smart contract depends on weather conditions, a share price, or other public information from the real world Oracles can provide tamper-proof data which contracts can act upon. Election results, the prices of assets such as gold, weather conditions and many other real-world values play a crucial role in many business applications.

is calling their decentralized applications, “.” They’ll be developing open source ahead of the launch of the as a demonstration of the capabilities of the Aeternity network. Having useful available from day one is important for Aeternity to establish a foothold in the crowded platform race. on Aeternity will prioritize mobile-first design and user experience. Aeternity hopes to attract mobile and web app developers with easy to use javascript tools and compatibility with the React framework.

Outside the actual Aeternity is also building an incubator foundation. The foundation will provide support for building projects on Aeternity by means of educational courses, meetups, sponsoring research in the field and facilitating partnerships.

WHAT IS Aeternity USED FOR?

ity is suited for the Internet of Things, , gaming, unbanked individuals, and so forth. All of this sounds very ambitious, but it seems there is sufficient technology in place to make it all happen. First of all, the smart contracts offered by Aeternity only exist inside off-chain state channels. It is still possible to have the code enforced by the Aeternity blockchain if needed.

State channels are critical to the success of this particular venture, as they are a trustless solution to exchange value with other parties throughout the world. Additionally, the project embraces decentralized oracles to connect public real-world data with smart contracts. Aeternity firmly believes oracles are far better than the Turing-complete model.

A lot of smart contracts require specific conditions to be met before they can be completed. If there is ever a dispute, an oracle can provide undeniable evidence and execute accordingly. This concept has many use cases, including voting, prices, weather conditions, etc. Since all oracles on Aeternity are decentralized, there is no central point of failure.

CAN YOU MINE Aeternity?

The short answer is yes but allow me to elaborate on this for a second. While network can be mined it relies on both proof of work and proof of stake with a hybrid algorithm POW establishes consensus on the Aeternity platform.

Miners verify new blocks in a similar way to Bitcoin and Ethereum’s current model. However, uses a slight variation to optimize the proof of work algorithm for scalability. They use what is referred to as the Cuckoo Cycle which is a new graph-theoretic proof of work algorithm that combines scalable memory requirements with instant verifiability.

The Cuckoo Cycle incentivizes devices with dynamic RAM. Its design means you could mine Aeternity from a mobile device which is something they will look at doing not in the traditional sense like neum but via it's on app network known as .

Proof of stake controls the governance of the Aeternity ecosystem. AE token owners can vote on development proposals and changes based on the proportion of AE they own.

Can you earn Aeternity?

(AE) users can earn digital currency via exchanges. Users can earn tokens through trading on different fiat and cryptocurrencies and take advantage of market fluctuations.

is still an ERC-20 token at this stage but once the Aeternity is launched this year users will be able to set up mining consoles and begin to support the network and get paid for POW support.

Where can you buy Aeternity?

ernity is listed on a few international cryptocurrency exchanges and is actively traded on websites like:

Plenty of hard work and consideration has gone into the creation of and plenty of developers in recent months but that doesn't mean much unless they start hitting some key milestones. The first order of business is completing a security audit of this project’s code, which is scheduled to take place between now and late March. Once the audit is deemed successful the team will launch the Aeternity in Q2 of 2018.

Then and only then will we get a better idea of what this project is capable of and whether or not people are genuinely interested in this technology. While promising on paper I still feel there apprehensive about the hurdles they need to overcome before they even start competing in the market. This is a speculative investment at best and a long-term hold if you're keen on investing.


If your emotional connection in your marriage is on the rocks and you want to avoid separation then here are a few tips you can use to keep things mo...