What is Litecoin? (LTC) 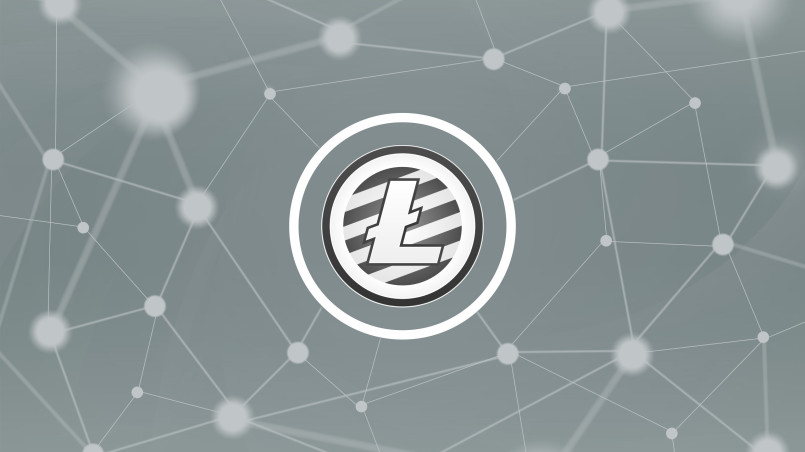 Litecoin is a peer-to-peer Internet currency that enables instant, near-zero cost payments to anyone in the world and is one of the larger and more popular altcoins. Currently, Litecoin and Ethereum offer is offering Bitcoin users the strongest alternatives to any other cryptos and are growing at a rapid rate. Like Bitcoin, Litecoin is an open source software platform that comprises a global payment network that is fully decentralized.

Litecoin uses complex mathematics to secures the network and empowers individuals to control their own finances. Since its introduction in 2011 it has seen substantial industry support, trade volume and liquidity, Litecoin is a proven medium of commerce complementary to Bitcoin.

Litecoin as also agreed to several partnerships with leading payment and eCommerce players in order to build its reputation as an eCommerce payment alternative.

What is Litecoin (LTC)?

Litecoin is often referred to as the little brother of bitcoin and some refer it to the silver of cryptos while Bitcoin remains the gold standard. Soon after Bitcoins release in 2009, it started to make headlines and not always for the right reasons, it had a bad reputation regarding illegal activity as well as painfully slow transaction times.

The tech industry also began to take note and soon one brave developer by the name of Charlie Lee working at Google decided he would shed some LITE on the cryptocurrency market. Over the next few months, Charlie became versed in Cryptocurrency, experimenting with creating a second-generation coin "Fairbrix" which eyed security enhancements and equitable distribution of coins over "Tenebrix."

The source code was invalid, but Charlie did not despair, and just 11 days later, Oct 13 2011, there was Litecoin. A principled approach was fundamental. There were to be no “pre-mined” coins for the unjust enrichment of the developers; there was to be a cap on the total numbers of coins to lend value and incentive; there was to be a clear, superior vision amidst the fray of greed and murk. Indeed Litecoin solved many of the problems the online community had asked or and some it never thought to ask for.

Why you should pay attention to Litecoin?

In many ways, Litecoin is similar to Bitcoin but where they differ in performance and philosophy is where its real value to the market can be found. Litecoin is based on the same open-source code behind bitcoin, with some notable differences.

Litecoin is all about because it generates blocks about four times faster than bitcoin, can confirm the legitimacy of transactions a lot quicker as well as process a much higher number of them over the same time frame. Its speed has been such a problem for Bitcoin they've looked to create an underlying technology called the Lightning Network to help it compete with what Litecoin is offering its users already.

One of the reasons some cryptocurrencies hold intrinsic value is because of their limited supply. Once a certain number of bitcoin (BTC) or (LTC) are created, that's it. There can be no more new coins at that point. While bitcoin has a limit of 21 million coins, will max out at the 84 million . A larger supply means people can't hoard the currency and create pump and dump situations which are what has plagued bitcoin in recent months.

Although its market cap pales in comparison to Bitcoin, Litecoin still ranks among the top 5 cryptocurrencies at the time of publication and with 2 years behind Bitcoin, it shows that this altcoin still has plenty of room left to grow into a formidable crypto. We've ee

What is Litecoin being used for?

Due to its speed and low transaction fees, it makes it the perfect platform to run microtransactions like high-frequency trading or paying for a taxi ride to the absolute distance travelled, splitting a bill with friends the possibilities are endless.

Many merchants providing their products and services online are already accepting bitcoin and they often also take LTC, if not you can use services like shapeshift to convert your LTC into BTC or ETH which are more widely accepted.

3. Transfer to an from other cryptos

Litecoin can be exchanged on networks like shapeshift for literally hundreds of different coins.

Can you mine Litecoin?

LTC is a decentralised system that uses blockchain technology which means it can be mined by the individual or by those in mining pools. The significant difference however between bitcoin and is the hashing algorithm that each uses to solve a block, as well as how many coins are distributed each time a solution is found. When a transaction is made, it is then grouped with others that have been recently submitted within one of these cryptographically-protected blocks.

Computers known as miners utilize their GPU and/or CPU cycles to solve rather complex mathematical problems, passing the data within a block through the aforementioned algorithm until their collective power discovers a solution. It is at this point that all transactions within the respective block are fully verified and stamped as legitimate.

Miners also reap the fruits of their labour each time a block gets solved, as a predefined number of coins is distributed among those who helped out – with the more powerful hashers getting the lion's share. People looking to mine cryptocurrency typically join pools, where their computing power is combined with others in the group to obtain these rewards.

In the case of Litecoin, different proof-of-work algorithms mean different hardware, and you need to be sure that your mining rig meets the proper specifications for producing Litecoin. Due to Litecoin's use of the algorithm, FPGA and ASIC devices made for mining Litecoin are more complicated to create and more expensive to produce than they are for Bitcoin, which uses SHA-256. So be prepared to invest big if you want to be serious about mining Litecoin

Can you earn Litecoin?

LTC faucets are a reward system, in the form of a website or app, that dispenses rewards in the form of a dogecoin for visitors to claim in exchange for completing tasks like a captcha or task as described by the website.

When money is involved gambling is never too far behind and online betting and casino microgames using LTC are starting to pop up all over the net, all it takes is a simple internet search.

As mentioned earlier LTC can be mined, this can be done by setting up a pc with the software or a fully customised rig and start mining solo or in pools.

Complete sponsor surveys to get free Litecoin. Some can be done every day.

Everything is better with friends. Invite friends and earn everytime they earn.

Watch videos to earn Litecoin. Short ads that play in your browser or on your mobile phone.

Should you invest in Litecoin?

Litecoin isn’t anywhere near universally accepted, as even its own founders admit that it has fewer than 100,000 users which means that the cryptocurrency still has a long way to becoming more readily accepted and their values stabilize. Litecoin does currently have a leg up on its competition and with an actual face to the product, it offers a little more assurance than its big brother.

Litecoin also looks to have a game plan in place as it continues to discuss partnerships with major brands and retailers. Recently Litecoin has agreed on deals with BMW and Mercedes and consumers have already pushed through successful Litecoin transactions for their vehicles.

The future looks promising but Litecoin still has plenty of work and growth ahead of it if it aims to stay relevant. As long as it remains in pole position for speed and offers low transaction costs even with surging values, then it should definitely be one currency to watch going into 2018.

For more on Litecoin check out their official website


We take a look at cannabis treatment for pets, what you need to know about it what is the risk for pets and pet owners and when you can use cannabis ...