Why You May Want To Consider Advertising on Reddit 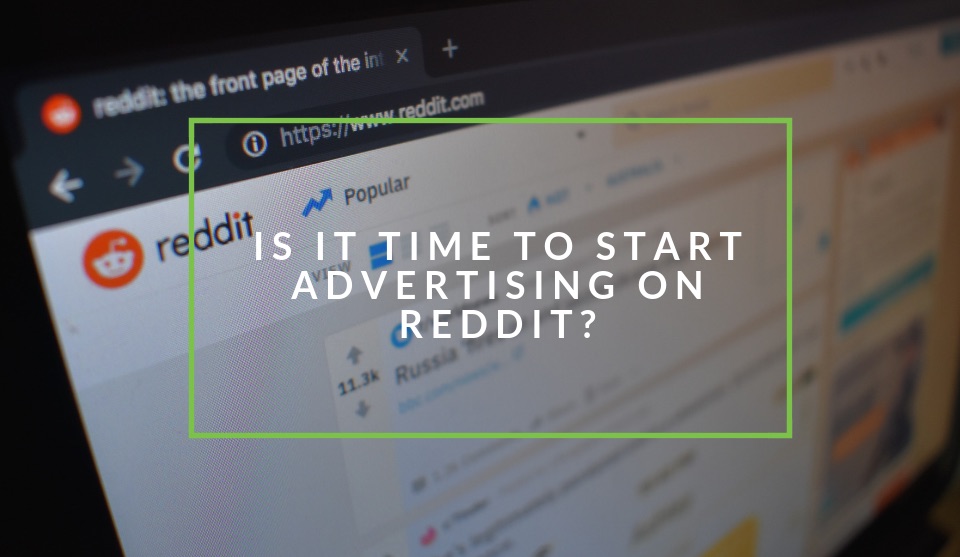 Reddit may have started as a simple looking web forum and news aggregation website back in 2005 but what a difference 15 years makes. The company has grown considerably and while compared to other social media brands it may not seem all that impressive when you look at it in isolation what Reddit has achieved is no easy accomplishment.

According to Hootsuite as of 2018, 3.196 billion people are using social media on the planet, up 13% from 2017 to 2018 and Reddit is now home to a portion of those users. Reddit currently has 330 million monthly active users and recently raised $300 million in funding, giving the company a $3 billion valuation and making it no small fry in the social media pond.

Reddit is now looking to continue this upward trend and has introduced some drastic changes that could make it more attractive to both users and advertisers.

Reddit has a current annual revenue of just over $100 million which isn't much when compared to the likes of Facebook and Twitter but in this lies a unique opportunity for advertisers. Social media advertising revenue was capped at around USD$51.3 billion for 2018 which means each user nets these platforms a cool $17.24. This trend will not stop in 2019 and revenue from social media is set to grow annually 10.5% according to Statista.

While according to a CMO survey released recently, social media advertising budgets were predicted to increase by 32% in 2018, and almost double by 2023.

The continued rise in the budget will mean the auction for attention will increase, and it will become more and more expensive to reach a user on traditional social media. When we break down the value per user across the various platforms, we can see that Reddit has the least valuable users of any other social network.

Reddit users are undervalued by advertisers which means those who do take a shot at reaching them via Reddit advertising could pick up cheap traffic with the low competition between advertisers vying for attention on the platform.

Reddit has recently announced that it has begun a phased approach to clean up its look and make advertising spaces more prominent. The cleaner look will provide fewer distractions and also allow users to distinguish between organic and paid content easily. The user experience will let users make the distinction and reduce irrelevant or accidental click-throughs, which has often been the case with traditional social media ads.

Reddit CEO Steve Huffman speaks on the work the company has ahead of it, with respect to earning advertising dollars:

“We are reinventing the ads business, both on the technology side and our ability to sell it and to create a friendly home for users and brands alike. So we’ve made steady progress on all of these fronts over the last year, and we feel pretty proud of where we are. And as a result we are seeing a lot of attention from both brands and investors.”

Apart from less competition from advertisers and a possible lower cost per click what else does Reddit have that could entice brands to promote their message on the platform? What Reddit has going for it is half of its users are between the ages of 18 and 24. That’s a valuable, hard-to-reach demographic that has the potential to make Reddit appealing to advertisers.

What I see as ' most significant obstacle is to overcome is its own reputation. Reddit frequently draws criticism and concerns over abuse, harassment, and piracy amongst its users as well as being seen as a rebellious alternative social media platform.

To compete with other social networks in terms of revenue, Reddit has to provide a more positive environment for advertisers without alienating its user base. It won't be a natural transition or easy balancing act that's for sure, but it's an exciting move none the less.

If you're looking for new ways to spend your advertising budget or new avenues of traffic then perhaps Reddit may be a good fit for your brand. As competition heats up on other platforms its always a good idea to try and find ways to reduce your cost per click by leveraging other platforms. Which is why I also recommend brands start looking at adding Bing to their search marketing efforts too.

Have you used Reddit advertising before? Let us know about it in the comments section, we would love to hear from you.

Don't have a place to send your Reddit Ad traffic? Create your free business listing on nichemarket. The more information you provide about your business, the easier it will be for your customers to find you online. If you require a more detailed guide on how to create your profile or your listing, then we highly recommend you check out the following articles.

If you want to know more about Reddit marketing for your business, don’t be shy we’re happy to assist. Simply contact us