Why Does Africa Require A New Financial System? 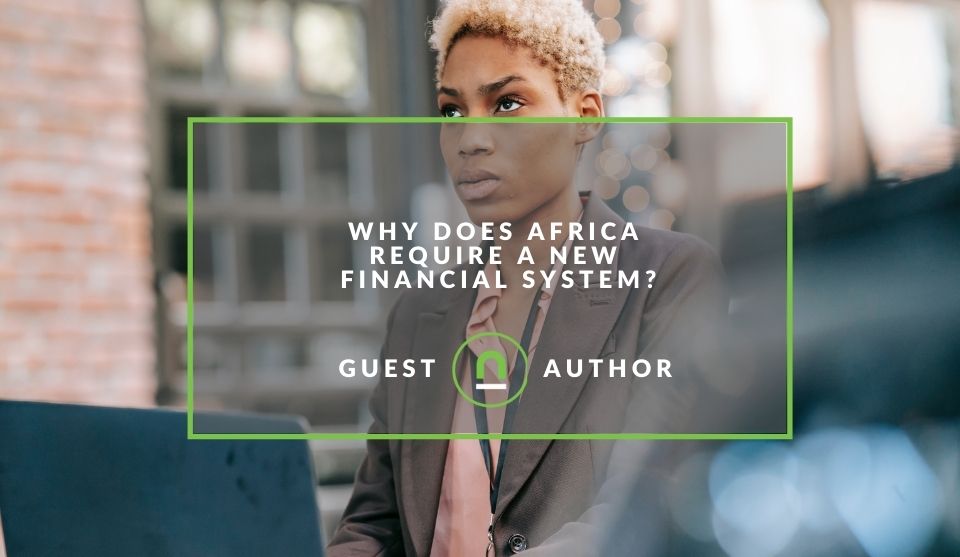 As the coronavirus wreaks havoc and their budgets, some African countries are seeking debt relief. But, with the aid of the African diaspora, they may need first to establish an African banking system. Africa's finance ministers will be paying careful attention to what is going on in Zambia. The South African government stated at the end of September that it intended to talk to its creditors about a short delay in paying its obligations. Holders of euro-denominated bonds were invited to provide feedback on the plan by October 20.

After the announcement was made, S&P Global Ratings, which is an international rating agency, cut the country's ratings in credits. The main justification in this regard was that the request shows that Zambia is now having substantial difficulty paying its commercial commitments and is a potential prelude to a commercial default.

Zambia's effort to get a debt embargo in order to gain some breathing room in the midst of the epidemic resulted in the polar opposite, a further reduction of financial headroom. The lower the credit rating, the more costly borrowing becomes.

Debt, recession, and a lack of stimulus programs.

When a delay is considered, there is no blanket reduction. Each case is carefully examined by the analyst. The key concern, though, is still what are the country's capabilities to satisfy private creditors.

It is also true that Zambia's credit rating was already poor before the downgrading, and the country's capacity to repay its debt was being harmed by hefty interest payments. The country must spend 46% of every dollar it generates on interest payments alone. As a result, it is possible to imagine how tough that is for a country at any time, let alone in this scenario.

The destruction which was brought on by the COVID-19 epidemic is wreaking havoc on African economies. They lack the financial wherewithal to soften the blow with multi-billion dollar relief packages. People were also trying to find alternative ways, for which the most popular was engaging in the financial market, whether it was for and interested stakeholders, such as major African Forex brokers.

At the same time, demand for their basic resources is dwindling across the world. Remittances, which is the money sent home by Africans living abroad, are also on the decline. Sub-Saharan Africa has received debt relief from G20 countries. However, Kenya and other nations are concerned that, as happened in Zambia, such a release might harm their credit ratings.

As a result, it appears that the continent is once again on the verge of bankruptcy, despite debt reduction measures by the World Bank during the 1990s and the industrialized countries' group G7/G8 since 2005.

Fixing accountability and the past's responsibilities.

Debt relief will always fade out until long-term reforms in management, anti-corruption, accountability, and the political environment are implemented. Even if assistance is necessary for the event of a pandemic, the nations themselves are always at the heart of the solution.

According to Toby Green, the roots of debt are older than people realize and go back deeper than independence from colonial powers.

Africa's connection with capital has left it in a very disadvantaged position in its connection with credit for the past five centuries, and unlike in Western countries, lending to Africa has always been given outside.

And the bankers were never interested in local economic growth, preferring to focus on the most cost-effective access to African war resources, which has well-known repercussions. Ghana, one of West Africa's richer countries, spends six times as much on existing debt as it does on health services.

If Ghana could obtain loans from a pan-African Bank, the terms on which it made those payments might have a significant impact on how it could reconcile those responsibilities with social obligations within Ghana.

The role of African Diaspora.

Green proposes that, in addition to debt relief, Africa develops its banking markets with the aid of the African diaspora and, most all, pan-African investment banks. He mentions Ecobank as one example, established in Togo in 1985 with financing from the West African Economic Community, Ecowas, and currently operates in 36 nations south of the Sahara.

In 2016, the most recent year for which data is available, remittances accounted for roughly the amount of half of the private investments in Africa. The entire continent would enjoy financial independence if the African diaspora invested their money in African institutions.

It was proposed that we work closely with the African diaspora, which is dispersed throughout the globe but has built up its stock of funds and capital to bank that money on the continent. This would increase potential financing available to such countries, potentially reducing their reliance on external credit markets and credit ratings.

A stronger supply of finance would also assist African businesses, which typically struggle to attract investment. Green and Cardoso contend that the current financial system does not meet their demands. As a result, there is less growth, employment, and tax income than might otherwise be feasible.

Infrastructure investment is particularly difficult to finance. Bilateral donors, such as past colonial countries or China now, generally follow their interests. For individual investors, the risk is frequently too large. Everyone wants to contribute to the already-existing route. However, persuading people to contribute to the construction of a road when none exists is difficult because there is almost always a justification for the lack of a road. This is where governments are most required, yet they frequently lack funding, particularly in Sub-Saharan Africa.

It remains to be seen if African money will be more risk-taking and yield-hungry than traditional investors in the long run. At the very least, African investors are unlikely to be entirely uninterested in the continent's growth.