Why Do Forex Prices Fluctuate? 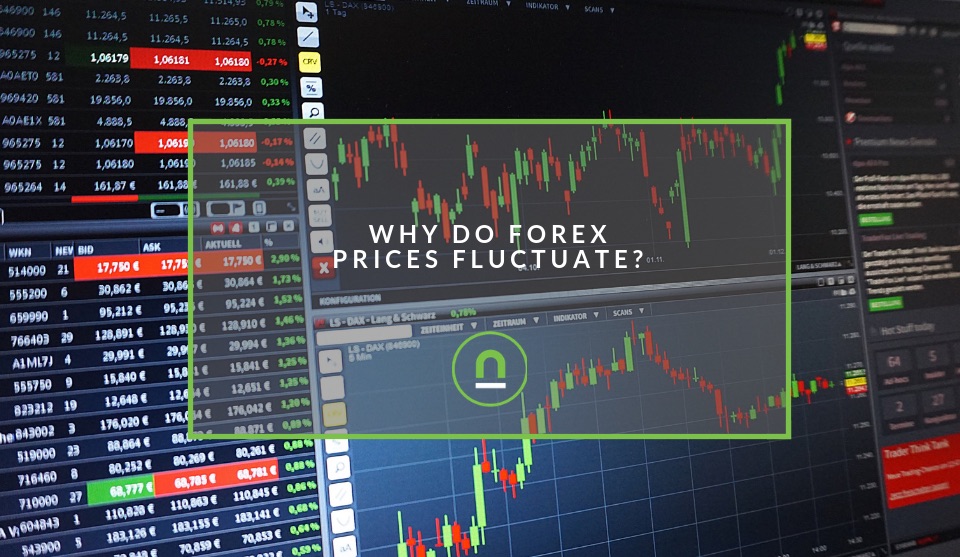 When you’re new to forex, the movements of the markets can seem completely random and impossible to predict. You may notice patterns associated with significant events like natural disasters or outbreaks of war, but how can you make sense of it the rest of the time? What are the influences that skilled forex professionals track and how can you make better use of them to improve your fortunes?

When you trade forex, you’re engaged in making predictions about the values of one country’s currency in comparison to another’s. The charts you’ll find on fxpro help you to track how the relationships between currencies have changed over time, but the key to forex success is understanding why those changes happened. It’s time to take a look at the factors that determine a currency’s value.

The simplest factor to understand is the balance between imports and exports. When the value of a country’s imports exceeds that of its exports, this harms the value of its currency. Think of each unit of currency as representing a percentage of that country’s total wealth (the reality is a little more complicated, but this is still a useful model). Because it’s spending more than it earns, its wealth is decreasing, so the value of those currency units is dropping.

Also important in determining the value of a currency are inflation and interest rates. Inflation increases the number of individual currency units within a country while the wealth of that country stays the same, meaning that each unit is then worth less than it was, i.e. the currency is devalued. Interest rates, which are often raised to stabilise inflation, can attract foreign capital and thereby increase the value of the currency.

Just as with private individuals, no assessment of wealth can be made without taking debt into account, but there are two aspects to debt that have to be considered concerning currency valuation: debt itself and deficit. The former is the amount owed, and the higher it is, the lower the currency value will be, but under most circumstances, it doesn’t tend to change very fast.

The deficit is the amount by which the debt increases year by year, and this can have a more significant effect on currency value. Imagine you were looking for a mortgage. Prospective lenders would be much more worried about loaning you money if you had debts that were growing than debts you were paying off on time.

As well as what’s happening now, currency value is influenced by what people expect will happen soon. As a rule, markets like stability, but that doesn’t mean that currencies from unstable countries automatically have a low value. Instead, what they display is volatility.

For instance, the pound sterling was one of the world’s most stable currencies for many years, but after the UK voted for Brexit, making its future uncertain, it became the most volatile of the top six, lurching up and down because the medium-term outlook for the country kept changing as its political position altered.

Some forex traders relish this kind of situation because if they’re able to predict these short term changes, they stand to make a lot of money.

However, the risks are comparable.

In some cases, trading itself can have a notable impact on how a currency performs. This is something that smaller nations are particularly vulnerable to because their economies are not strong enough to buoy their currency if lots of traders start selling it at the same time. When a process like this begins, and a currency begins to devalue.

As a result, other traders often hurry to get rid of it for fear that it will be depressed for a long time or collapse completely. That can send it into a downward spiral capable of bankrupting a small economy. Some traders, however, are quick to start buying when this happens, hoping to be in a strong position when (if) the currency regains its strength.

By keeping track of these underlying indicators, you can make reasonably accurate estimates about the direction of movement of any particular currency in comparison to any other. This won’t always be enough to help you make profitable decisions, but it will point you in the right direction and reduce your error rate.

Most importantly, it will give you a sense of how the currency market flows, something that will eventually become instinctive – and that’s what leads to success.

If you enjoyed this post and have a little extra time to dive deeper down the rabbit hole, why not check out the following posts on money tips.