Why Nigeria's Exchange Rate Policy is Such A Minefield 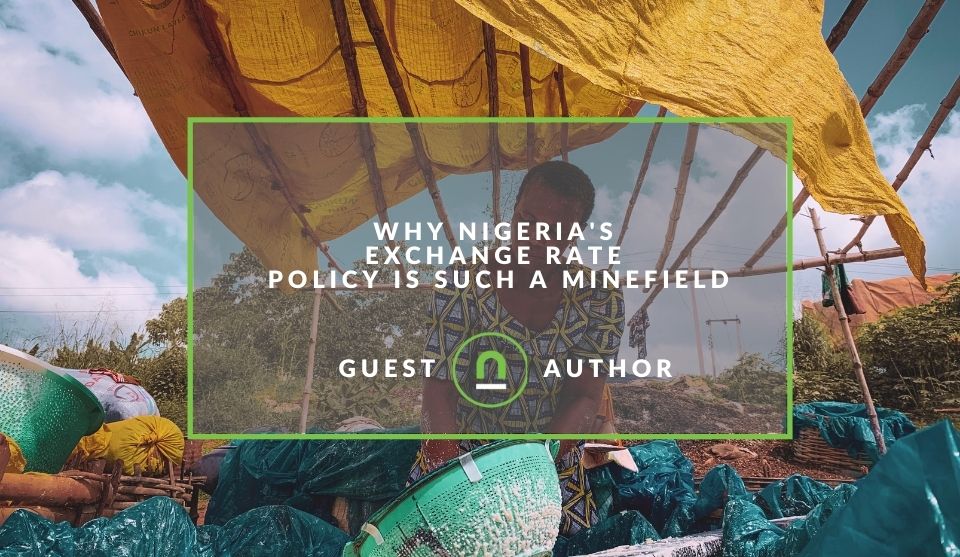 The global covid pandemic has affected the ways of our lives even more because it had an influence not only on our health but economic well-being as well. There is no country in the world that was not affected by the developed events, but some of them appeared to be ready. In contrast, some of the country's inflation rate has three-digit numbers, especially the developing countries. We can boldly say that Nigeria is not an exception, too, and the country's economic conditions are way worse than before.

The different exchange rates are due to the country's multi-profile characteristics. Nigeria is Africa's biggest oil producer, accounting for more than 90% of the country's foreign exchange earnings. Crude oil prices began to fall in 2014, putting a strain on the economy.

Rather than depreciating the naira, Nigeria's central bank chose to introduce a single rate for government purchases, indexed to the US dollar, and a higher, market-determined rate for investors and exporters in 2017. The Nafex is the name for the lower dose. Travellers and small and medium-sized businesses were given different prices. The aim was to boost liquidity while also encouraging dollar inflows.

It is vivid that the country's economic conditions were not stable even several years ago and were struggling from inflation. Still, the covid pandemic has made the situation even worse.

The naira was devalued twice in a year when oil sales collapsed during the Covid-19 crisis. Authorities officially announced on March 22 that the Nafex would be used for government purchases as well. About this, Nigeria's central bank maintains a fixed exchange rate of 379 nairas to the dollar on its website, and its leader, Godwin Emefiele, says the country is not moving to a floating exchange rate.

Then there is another question: what is the gain from the expansion of Nafex? The International Monetary Fund and the World Bank both pressed Nigeria to overhaul its foreign exchange policies. The World Bank has withheld a $1.5 billion loan until the government implements currency reforms to encourage foreign investment.

Extending the Nafex's usage puts the government closer to resuming negotiations on the facility, which it wants to fund a rising budget deficit and raise foreign exchange reserves.

Since all of the country's oil is exchanged for dollars and the money is translated to naira in its books, devaluing the naira for official purchases will also help increase government revenue.

The situation for the further investments.

Nigeria's currency may be shifting toward more traditional control. Vice President Yemi Osinbajo stated that the government is committed to introducing a single exchange rate at some point in the future. This might entice global buyers who are now turned off by the new scheme.

The central bank would be encouraged to keep the naira steady by rising dollar supply to the Nafex market if government entities accepted the Nafex for all of their transactions. This will aid in addressing inferior liquidity, which is a significant flaw in the new currency system.

Moreover, it affects many other financial sectors, for example, the crypto-industry that was thriving in the country. Due to the unstable financial system, futures traders or investors might restrain from involving in it if they do not have the particular Forex demo account to trade.

This is the only way to risk investing in an unstable national currency. Due to its instability, the reason why it affects the traders/investors' decisions is the fact that they cannot make possible and reliable predictions. In this case, the process becomes very unstable.

Nigeria spends about 70% of its revenue funding its public debt. Since the Nafex will be used for government loans, interest rates on Nigeria's dollar debt will spike in naira terms, negating any of the financial gains of a weakened currency.

Furthermore, the Debt Management Office of Nigeria uses a 380 naira to the dollar exchange rate.

If it, too, adopts the lower Nafex rate, the country's debt metrics would deteriorate, making new borrowing more complex and costly. Electricity and oil rates are both tied to the exchange rate. With the implementation of Nafex, the state will be under even more pressure to slash expensive subsidies, risking escalating civil unrest.

Finally, to sum up, it is complicated to talk about anything stable nowadays because global events have made it even more difficult. The article has reviewed the situation in Nigeria and its national currency, but it does not mean strong economies were not affected; it even influenced the GBP and USD rates.

It affects not only the trading with goods and services but all the financial industries, and in this case, crypto was emerging in Nigeria and was one of the biggest markets in Africa.

However, as the government could not stop the inflation rate, which is growing dramatically and has outreached its historical maximum, it makes the other industries popular.

Now the investors are more cautious regarding becoming involved in it because it makes it difficult to predict the future conditions and make deductions according to the situation.