Identity Theft - What is it? And How To Protect Yourself 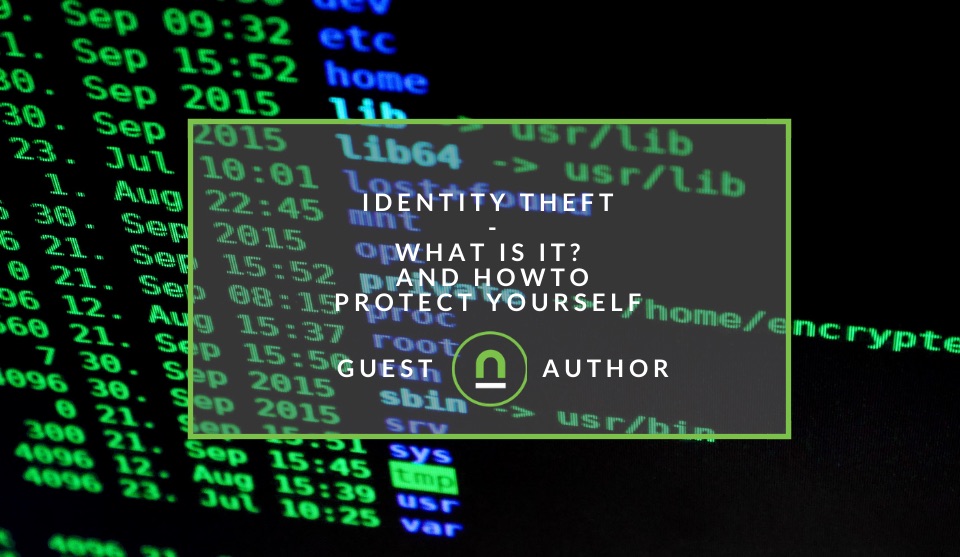 “Identity theft is not a joke, Jim! Millions of families suffer every year!” proclaimed Dwight Schrute, in one of the funniest moments of popular television series The Office, as co-worker Jim Halpert showed up to work wearing the same outfit, hairstyle, and mannerisms of Dwight.

However, no matter the humorous nature of the scene (mostly owing to Dwight’s bewildered outrage) of the scene, Dwight had a genuine point - identity theft is not a joke, and millions of people do suffer every year. And for that reason, to help you avoid becoming a victim of identity theft, we’re going to show you some excellent identity theft and data breach statistics, and some tips on how to secure yourself.

Identity theft cases have somewhat fallen, but still number in the tens of millions

The 2019 Identity Fraud Study from Javelin Strategy & Research reported that there were 14.4 million victims of identity fraud in 2018, which was a lower number than the 16.7 cases of identity fraud in 2019, but this came with a caveat. Identity fraud victims in 2018 bore a much more significant financial burden, as 3.3 million people were liable for some of the fraud committed against them, three times as many as in 2016.

There has also been a slight shift in focus for cybercriminals, as they’ve been going after alternative financial accounts such as loyalty and rewards programs, and retirement accounts.

Cybercriminals are always staying abreast with technology security practices, and have become reasonably adept at spoofing authentication processes, especially mobile phone accounts. Mobile phone account takeovers doubled to 680,000 victims in 2018, as there were only 380,000 in 2017.

As global companies increasingly go digital, using electronic data and computer networks to operate their businesses, the risk of data breaches continuously increases. Not all companies have the best security practices, and in fact, many companies have incredibly lacklustre cybersecurity budgets

Some of the biggest companies, like Equifax, have cyber insurance policies that payout in the event of a data breach, allowing the company directors to face almost zero consequences, and even post a profit.

“Moral hazard” is a term that frequently haunts a lot of boardrooms in the insurance industry, in regards to cyber insurance, as it seems to reward companies for being grossly negligent in their cybersecurity practices.

As we mentioned above, the largest U.S. credit bureau, Equifax, had 145 million personal records exposed, including Social Security numbers. It goes down in history as one of the worst data breaches to ever occur, due to the amount of sensitive information exposed, and Equifax has continued on their merry way due to cyber insurance policies.

Throughout the entirety of 2019 until October, the Interstate Technology & Regulatory Council (ITRC) tracked 1,152 breaches which exposed a total of 160 million customer records. The most targeted sectors are banking, credit, and financial companies, which make a total of 62% of all records exposed in 2019, with a total of 71 breaches in 2019. The medical and healthcare sector comes in second place, with around 38 million records exposed so far.

How to protect yourself from identity theft

We’re going to show you several useful strategies for protecting yourself from identity theft and the fallout from data breaches. You can also consider enrolling in a cybersecurity course to have a much better understanding of how cybercriminals operate, and what you can do to protect yourself further.

A highly effective strategy is to not only use strong passwords for your online accounts but to change your passwords as well frequently. However, many people find it challenging to remember to change their password regularly or even remember their new password. You should strongly consider using a capable password manager that utilizes AES 256 bit encryption, and generates randomized passwords for you.

You can also use a service like HaveIBeenPwned, where you can enter your email address and commonly used passwords to see if they’re found in any data breaches. Google also offers a Password Checkup feature, which will scan all of the passwords you have saved in Google Chrome, and tell you which accounts/passwords have been in data breaches, or are at risk of hacking for various reasons (the same password is used for multiple websites, weak passwords, etc.).

Numerous websites cover the latest news in data breaches, and many of them offer RSS feeds. Data breach reporting sites include sites like Privacy Rights Clearinghouse, Hacker News, and other tech-security websites.

However, many companies have a horrible track record of disclosing when they’ve suffered breaches, leaving their customers vulnerable for unknown amounts of time, often trying to sweep the issue under the rug. Because of this, you need to know as soon as any of your data reaches criminal hands. For that purpose, you should use a service like BreachWatch, which continually scans the dark web for stolen account credentials shared on illegal websites and mailing lists.

It’s a terrible idea to register for every website using the same email account (and the absolute worst, using the same password for every site). You absolutely should create several “fake” or “throwaway” email accounts that you use for signing up to unimportant websites, and only use your real personal email for things like your bank account. Not only does this protect you, but it also has the side effect bonus of helping you cut down on spam a bit more in your inbox.

South African safety and security businesses can create your free business listing on nichemarket. The more information you provide about your business, the easier it will be for your customers to find you online.

If you enjoyed this post and have time to spare why not check out these related posts and dive deeper down the rabbit hole that is digital safety and security.